Native Religions of the Americas
(eAudiobook) 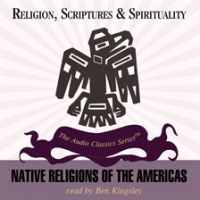